Diplodocus is one of the most famous Sauropods, many people know it as 'Dippy'.

Diplodocus was a herbivore, and so it ate plants. To fill its massive tummy it had to eat lots. It could do this by reaching trees without moving, using its long neck. However, eating a lot meant producing a lot of gas, not to mention it all has to come out the other end!

Diplodocus' main defence against Allosaurus was size. It grew almost three times as big as Allosaurus. If it was attacked, though, it could lash out with its whip-like tail, or even hit the Allosaurus with its head. 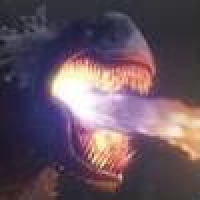